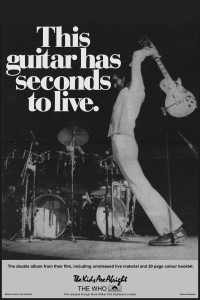 There’s something romantic and inspiring about the notion of being a self-taught guitarist. It creates mental images of pulling yourself up by the bootstraps and proving you don’t need anybody’s help…images of following your inner muse and discovering all the mysteries of the guitar on your own. Some people think a guitarist who never took lessons is somehow smarter, or more talented, or more effective than a guitarist who studied with a teacher. They think this kind of player is a hero we should all look up to, and that we should all follow the same path…but they are absolutely WRONG!

The truth is that a genuine self-taught guitar player is an extremely rare thing. For every one player who never took a lesson and became successful, there are probably 1,000,000 other people who tried to do the same thing, got frustrated and quit playing the guitar altogether. Also, when someone says they are “self-taught”, they probably had access to a bunch of educational resources they used to learn what they know. Just because they never took “guitar lessons” doesn’t mean they never had any teachers. They’re probably just not giving credit where credit is due.

As a guitar teacher myself, I meet with frustrated players all the time who tried to teach themselves guitar…some of them spent YEARS running around in circles, chasing their own tails and never really making any progress on the guitar. One student in particular wasted 20 years playing the same things over and over again and made almost no progress at all in his guitar playing. In reality, all he did was learn guitar for ONE year and then repeat that one year TWENTY TIMES. Teaching yourself how to play the guitar could be one of the most frustrating things you EVER try to do!

The definition of “insanity” is doing the same things over and over again and expecting a different result each time. If you’re ready to stop spinning your wheels, running through the same boring exercises trying to get better on your guitar…or if you want to learn correctly from the very beginning, and avoid years of frustration and wasted time…then find a qualified, experienced guitar teacher who can help you get results!

P.S. – If being a “self-taught” guitar player isn’t working for you, maybe I can help. Give me a shout so we can talk about it.